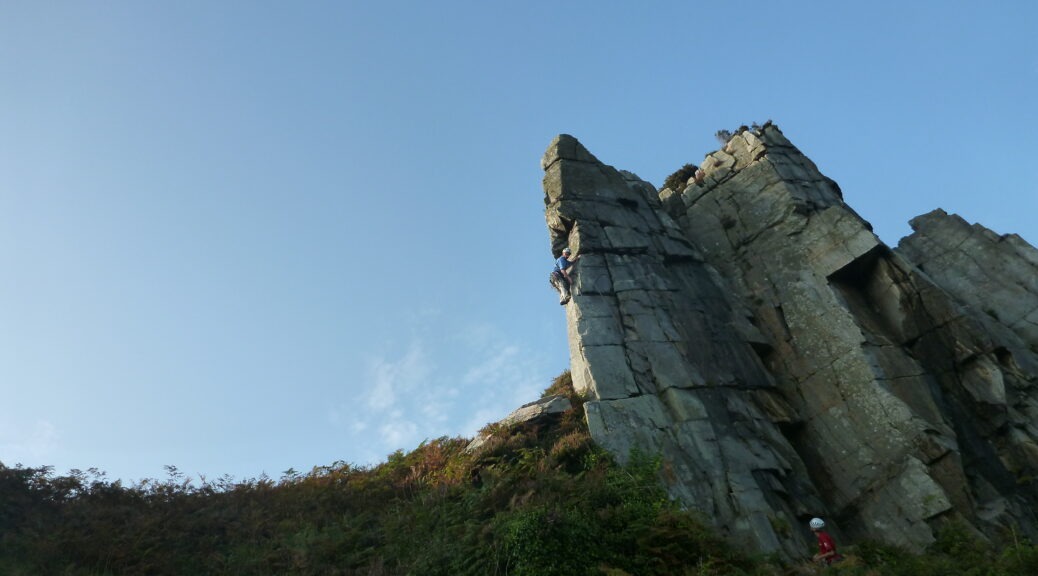 .
Still somewhat euphoric after Owey, Geoff and I planned to take advantage of the good weather and lack of employment to get out climbing somewhere/ anywhere. We were joined by apprentice layabout Anis, still struggling to reconcile his training with Glenmore Lodge, with a day or two out with Alfie. I dont think we helped the situation any!
A glorious day at Malin Head soon turned sour when we found all the rock oily, and in the shade, with no immediate prospect of improving. Carbolic Crack was apt, and Malin Headcase’s lower section best avoided , though the upper half was alright, well no worse than usual. We gave up and went to Dominic’s Bamba cafe for coffee and solice.
Should have gone to Dunmore as it doesn’t face north, so we did. Anis had been there, so we diverted to Brasil Rock at the last minute, and were rewarded with sunshine and dry rock. Alhambra ( Geoff says 3***) Hustler( Geoff says technical for a HS), and Broadbinns Emporium ( better than it looks apparently) finished off the day nicely, and suddenly it was all worth while.