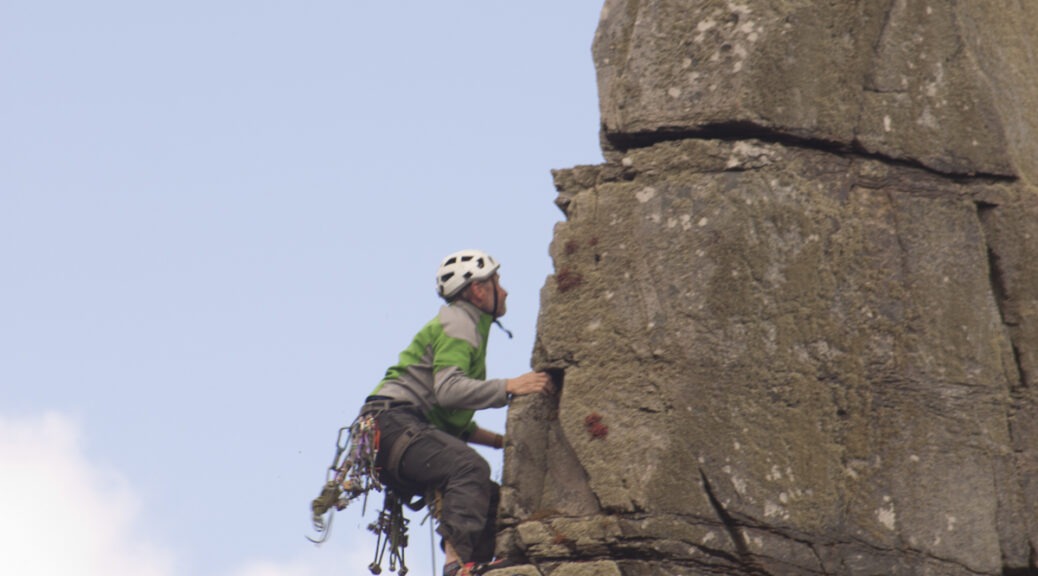 So the wettest Climbfest has been and gone. Without the Foyle Arena we would have really been adrift. The Saturday ‘come and try it’ session was reasonably well attended and even better, dry. Then as they it was a game of two halves. Loads turned up at the wall and a big thanks goes out to Stuart and Bren who got the inductions done quickly and efficiently, thanks guys.
Sunday was as wet as forecasted so pretty much everyone headed to the wall and the craic was mighty. There are routes for all abilities and everyone was challenged by something.
Very few made it through to Monday but those that did were rewarded with a dry and sunny day [see photo] even if it did go off during the afternoon. Stars of the weekend were: Gerard O’Sullivan for completing the most routes indoors and out; George for giving the jamming masterclass and the superstar motivation award must go to Niamh Connolly for turning out every day including a dash to Belfast to buy shoes and a harness.
The best thing from the weekend though was that we managed to raise €1,000 to help the survivors of the Nepal earthquake. Thanks to all who donated gear and to those who bought items too.
Looking forward to next year already and I’ve booked warm weather – blue sky thinking.