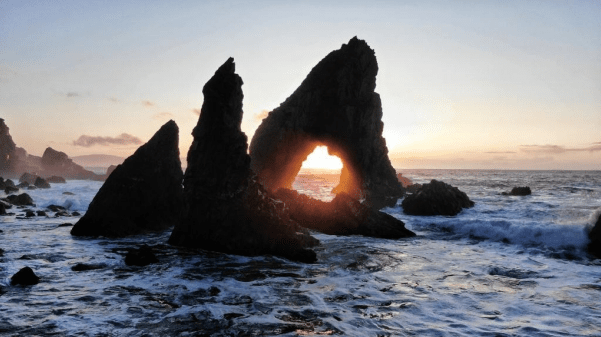 The campsite will be located at the Maghery Community Centre, behind the sports field. Colmcille Climbing Club members will be around from Friday evening onwards.

Toilet facilities and water are available at the community centre. There is no need to book in advance, however, if you require electricity, you should phone ahead and book, as there are only a limited number of electric hookups available at the campsite. The phone number is 00353 74952 2724. Camping fees are by donation, with all proceeds going to the community centre.

The Climbfest registration fee is €10 per person, this includes a Climbfest 2022 t-shirt. There will also be a separate collection for a charity supporting Ukrainian refugees.

The community centre have offered to provide a meal on Saturday night at a cost of €10 (tbc), if there is enough demand. Otherwise, BYO. The Strand View Bar is just across the road, for liquid sustenance.

There will be top ropes set up at nearby Crohy Head (Download PDF Guide) for anyone who wishes to use them. On Saturday morning there will be a “come and try it” session, for kids and other big wains, on Cruit Island at 10.30am (exact meeting place tbc). There will be experienced club members there to supervise and belay for this session, no equipment is required, ropes, harnesses and helmets will be provided for the kids, so just show up!

There is also a limited amount of climbing on Arranmore Island, which is reachable by ferry from Burtonport. https://thearranmoreferry.com/ 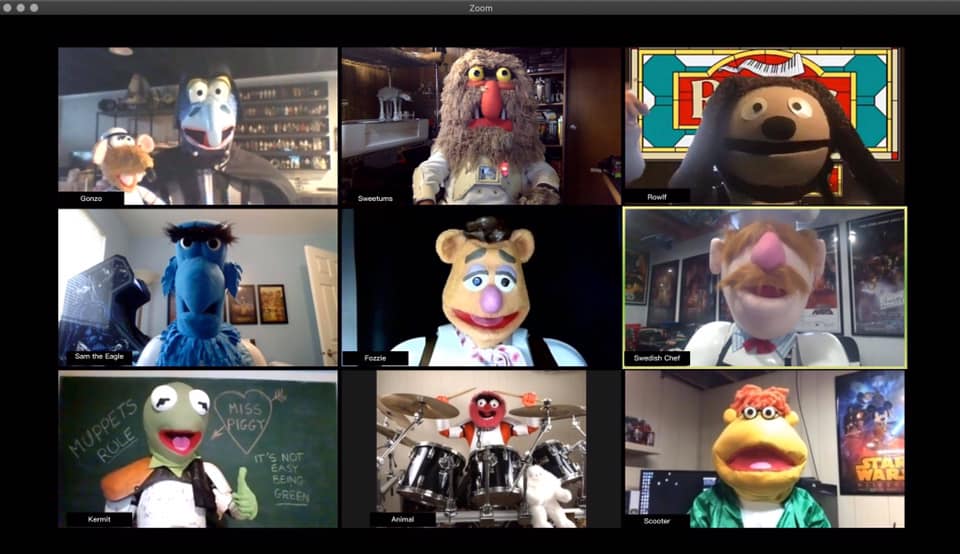 The club AGM was held via Zoom call on Thursday 15th October 2020 at 8pm. Minutes can be downloaded here.

In summary, the following were decided.

Climbfest 2021 is planned for Maghery, on the usual bank holiday weekend at the beginning of May.

All club officers re-elected to existing positions for the coming year.

Club Facebook Group to be changed to private group, to avoid all posts being in the public realm. Club FB Page to be used for public posting.

Tentative meets list for Winter 2020 to be put together and circulated. Spring 2021 Meets List TBD when restrictions have eased. 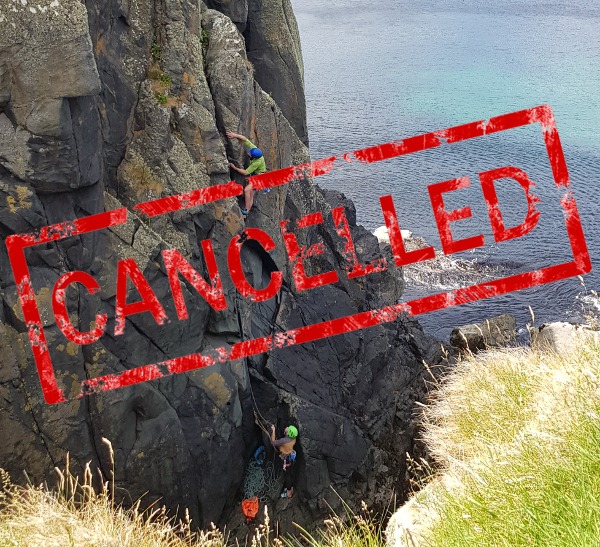 Due to recently re-imposed coronavirus restrictions, we are unable to go ahead with the Climbfest in Culdaff this weekend 22-23 August. The club feels it would be irresponsible to invite climbers to travel from around the country to Donegal, given the recent spike in outbreaks.

Hope to see you again at Climbfest 2021. 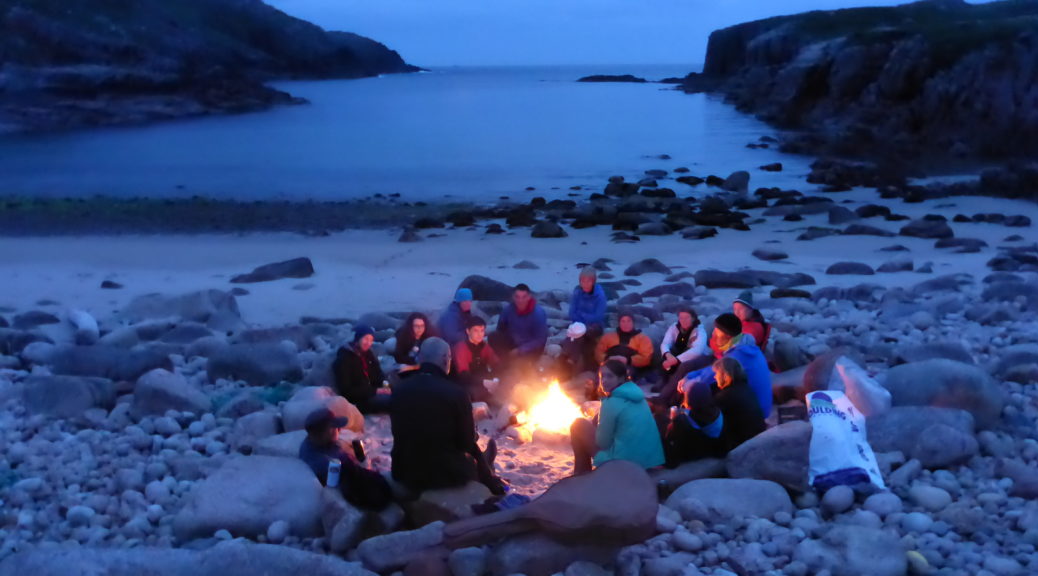 Sabba is the boatman (phone: 0872245881), whose ferry departs from Magheragallon Pier, Bunbeg.  According to his facebook page here, boats leave 11.00 AM and 2.00PM daily, but he seems to post on the page regarding next day’s sailings. Best to ring him and check, as this may change due to tide and weather.

Anthony was planning to arrange a 7pm ferry crossing on the Friday night, check the CC Facebook page for info on that.

In additon to ropes and gear, bring food, plenty of drink and some firewood for the campfire, if you have any lying around.

Camp site marked on the map below. 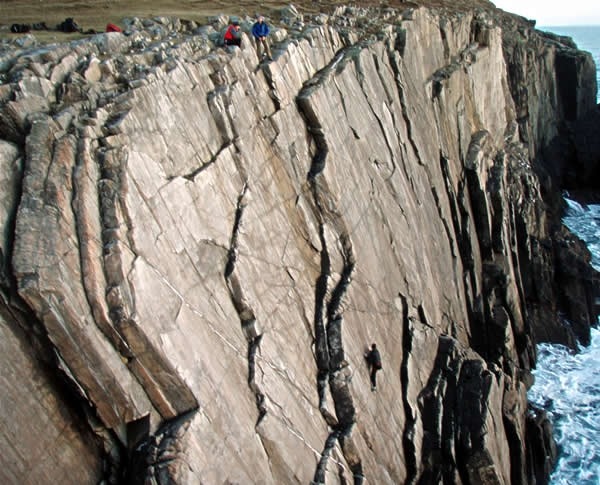 The venue is Malinbeg, and there is camping down by the harbour, near the crags GR 494 798 ( OS Sheet 10). A limited number of campervans could park there, but there is lots of room at the nearby
carpark for Silver Strand (Trabane), if you don’t mind a slight slope. (Also a new coffee shop there).

There is a hostel at Malinbeg which sleeps 29 in a variety of rooms from single room with double bed and ensuite, to rooms with up to six bunks, and prices vary from €15 upwards. Ring Frank at 0749730006 or email malinbeghostel@oceanfree.net. We have spoken to him and he knows about the event.

Malinmore is not far away and there is a bigger hostel there, Aras Ghleann Cholm Cille Tel 02035644853. We had our AGM there a couple of years ago.

A short drive away are Skelpoonagh Bay, An Port, Sail Rock and Muckross Head, see CCC online guide book for details, if you don’t have Iain Miller’s rock climbing guide to Donegal.

There will be a registration fee of some sort, depending on whether or not we are able to rent the house down at Malinbeg as a wet weather base for campers.

The topo guides for crags in and around Culdaff can be accessed and downloaded by clicking the links below: 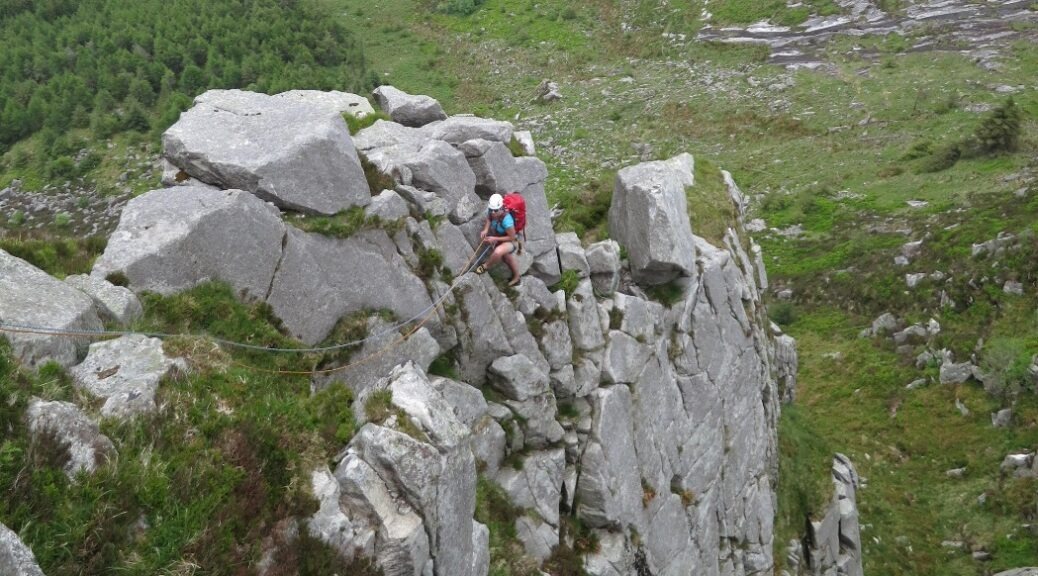 Whilst in Dublin for the weekend, Sarah and myself headed to Wicklow in search of some warm rock. We decided to avoid Glendalough due to inevitable bank holiday madness that would come with the great weather. Dave Flanaghan’s Ireland guidebook only lists a single route in Glenmalure, but it sounded like a good one, so we were all set.

Despite a treacherous approach through near vertical heather, the route is a great day out. Great Gully Ridge is 5 enjoyable pitches (could be done in 3 probably) on great rock, in a great situation above Glenmalure. Pitches 2 and 4 are more of a scramble, but the other pitches provide nice climbing, no harder than HS. An adventurous route with great views, highly recommended! 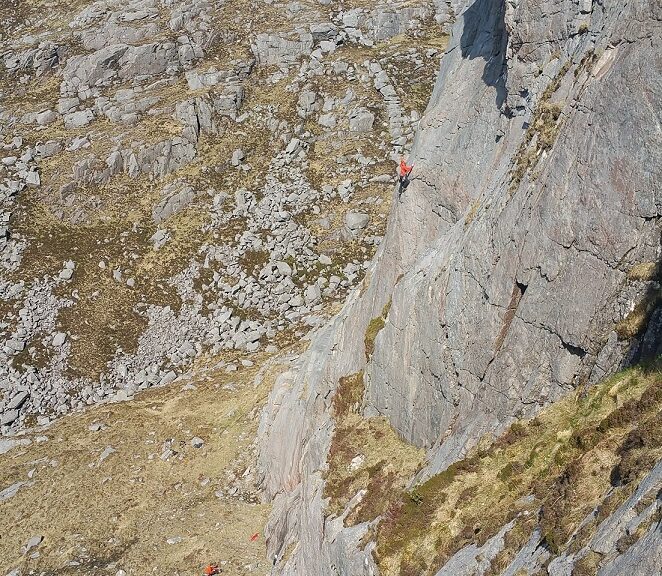 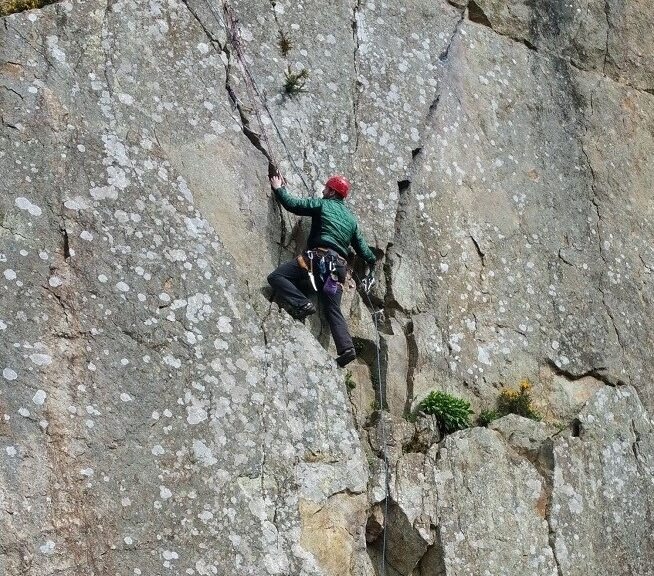 With the forecasted rain/sleet failing to materialise in Dublin on Saturday, and Sunday morning still being dry, Sarah and I shook off our hangovers and headed out to Dalkey Quarry for a couple of routes on Sunday afternoon (as we happened to be the neighbourhood..).

We started off with Yorkshire Pudding (HS 4b), to clear out the cobwebs. We were then joined by some former UCD Mountaineering Club pals, Aoife, Dermot and John.

It was chilly enough with a stiff breeze blowing off the sea, so belay jackets were staying firmly on for climbing. Sarah and myself then did Fang** (HVS 5a), while Dermot led Oggie (S 4a).

After realising that the other side of the valley was in the sun, and would be sheltered from the wind, we headed across, and both parties led Street Fighter** (VS 4c) in much more pleasant conditions. After the UCD contingent did something else on the Eliminates Wall we decided that was enough excitement, and retired to Glasthule for coffee.

A fortuitous afternoon’s climbing considering the horrendous forecast for the weekend! Dalkey is a great spot, definitely worth a trip down the road for those located in Belfast, especially since you can escape easily to any number of climbing walls, gear shops or pubs if you get rained off! 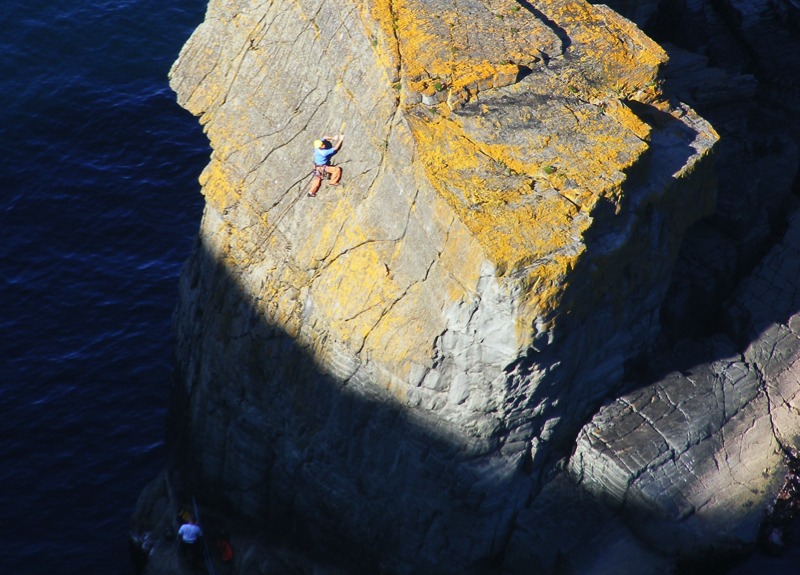 Culdaff Climbfest is on the usual Mayday bank holiday 29th April- 2nd May. Culdaff continues to be the venue of choice for this event due, in part, to the availability of the superb indoor wall in Derry/Londonderry as a wet weather alternative. Last year proved difficult, not just because the weather proved disappointing, but Bunagee harbour was undergoing extensive renovation making access to the campsite problematic. The work is now complete, and in addition, the camping area has since been drained and reseeded.

The campsite at Bunagee will have a number of routes of various grades with pre-installed top ropes within 100m of the tents. Other crags such as Dunmore, Warm Bay Point, Dungloon, Malin Head and Port a Doris, are less than half an hour’s journey by car. (Dunmore Head is 5 minutes).

Fair Head is not much more than an hour away, using the Greencastle to Magilligan Ferry, should it receive funding and continue this year.

There will be the usual beginners’ session at Dunmore Head on Saturday morning, and the Saturday night barbeque and party. There will be a fee to cover camping, and expenses, with surplus funds going to the local community association to ensure continued access.

This is a good opportunity to enjoy the 450- odd quality easy and middle grade routes on Inishowen, in a venue just awarded the prestigious accolade as one of the 10 best beaches in Ireland.

Comprehensive online topo guides, covering all of the routes on Inishowen, can be downloaded here.

This event, the longest running climbing festival in Ireland, complies with the Mountaineering Ireland Events Policy, and ‘Leave no Trace’ Ireland.